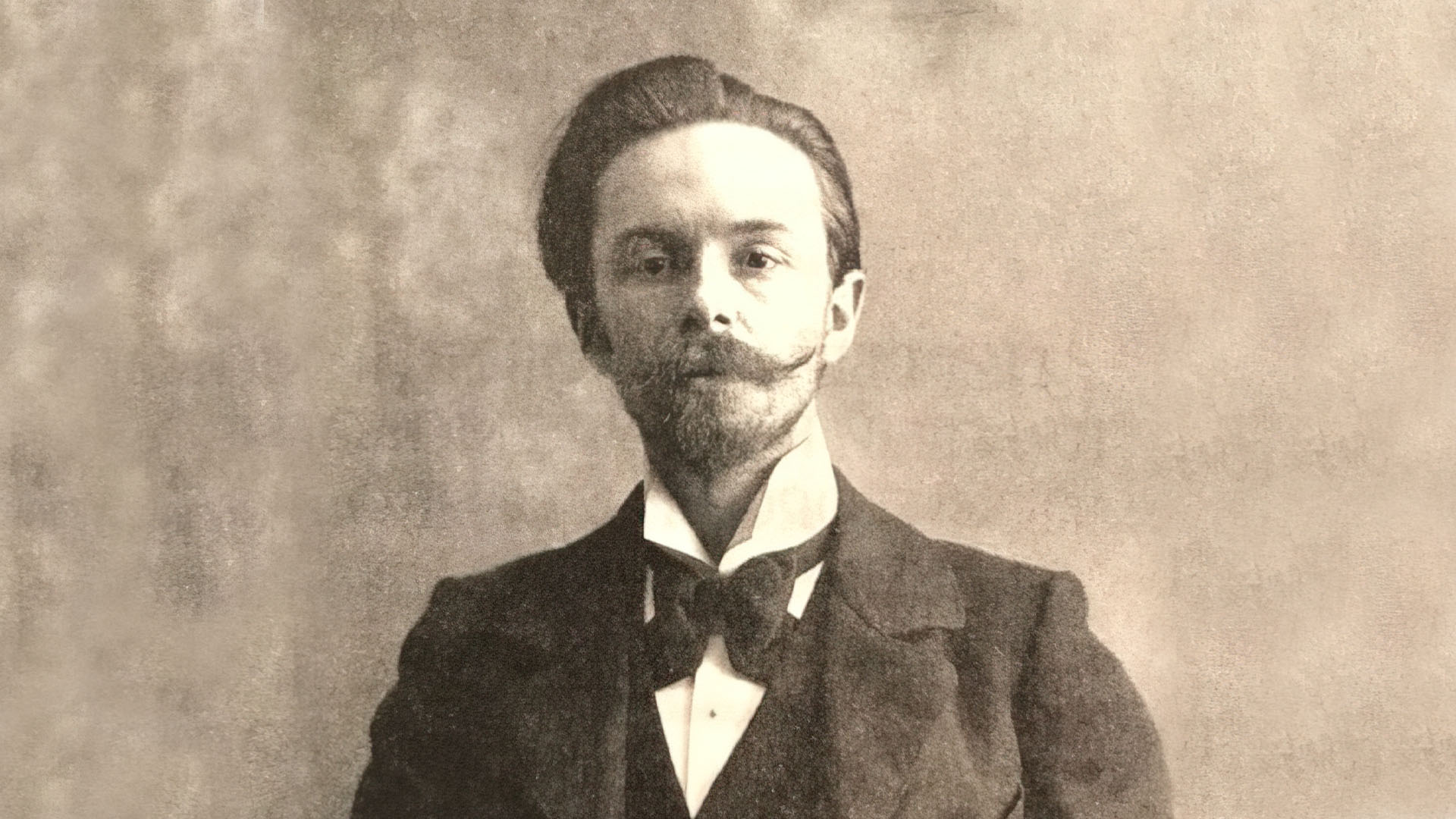 *Faces of Scriabin
A closer look at Scriabin’s life, art and music

In collaboration with the Scriabin Museum Moscow

*The real Scriabin beyond the myths about his life
Who was Scriabin?

The Russian composer Alexander Nikolayevich Scriabin was born on December 25, 1871 in Moscow and, unlike his contemporaries, passed away very early on April 27, 1915. In addition to his piano compositions, Scriabin also composed music as part of the Mysterium, an overall work in the style of Gesamtkunstwerk which towards the end of his life he would try to promote to his select audience, a work that remained unfinished due to his untimely death at the age of forty-three (43) years. Scriabin’s life is characterized by fatal events, opposition to his aspirations but also great creativity. The composer was a descendant of an aristocratic family, from a father (Nikolai Scriabin) working in diplomatic positions and from a distinguished mother pianist of the time (Lyubov Petrovna) but whom he lost a year after his birth. Scriabin was raised by his aunt (Lyubov) and grandmother along with his father, who had frequent obligations abroad. The years of the composer’s studies followed while his psychology was stigmatized by a serious accident in his right hand that turned him strongly against his religious faith. After completing his studies at the Moscow Conservatory in 1892 where he graduated with a gold medal in piano, he worked as a Professor at it for the period 1898-1903. In 1897 he married the pianist Vera Ivanovna Isakovich with whom he had four children, Rimma Helene, Marie and a son Lev. In the following years the composer gave recitals in Europe and America performing his own works. During this period, his interest in philosophy began to emerge, while in the process he became more interested in researching various movements of his time, ideologically, seeking inspiration. In 1905 he met his second partner Tatiana Schloezer with whom he had three children, Ariane, Julien and Marina (1911-1996). From 1911 the composer would now reside in Russia. In 1913 he began working on a composition called Acte Prealable which was part of the Mysterium and which would prepare the public for the great celebration of humanity through the performance of this “total work of art” and through a radically innovative aesthetic language. In 1914, Scriabin traveled to London to perform his Piano Concerto and Prometheus ‘Poem of Fire’ Op.60 under the direction of Sir Henry Wood. In 1915, during a tour of Russia, he became infected with a bacterium that resulted from a sting on his lip, resulting in his death on April 27. Today, he rests in Novodievitchy Cemetery in Moscow. The house where he lived until 1915 was the house where Tatiana Schloezer and the remaining children they had continued to live for some years after his death. Today the house is preserved as the “Scriabin Museum” and is located in 11 Bolshoi Nikolopeskovskiy lane in Moscow.

Why we need to see Scriabin beyond his biography?

Many views have been expressed about Scriabin and his work and he still remains an ambiguous composer to this day whose music has not yet been decoded. He explored truths about Existence in every way and translated them into music. He tried to approach music in terms of theourgy and even if this was a daring effort that has received harsh criticism from both his contemporaries and researchers to date, it would be more useful to regard him as a composer who made an attempt to envision a new reality closer to the greatness of the higher Creative Principle. His authentic talent and interest in high philosophical concepts gave rise to his unique musical creation in relation to other composers of his time while his training at the Moscow Conservatory gave him the necessary musical tools to build on in order to create his own music system of harmony.

*Scriabin and I = EzeniAl !
I reimagine the composer through our modern era…

My first contact with Scriabin’s works for piano happened during my studies abroad. From my experience around the work and life of the composer I became interested in his biography, I began to engage more and more with the relationship between music and philosophy, I now try to see Scriabin philosophically, scientifically and pianistically and finally to honor him in the same way that he gave the world his deepest relationship with Himself and the world. In collaboration with Artistic Institutions of my country as well as with the Scriabin Museum in Moscow I try to highlight the Composer through modern projects and events in order to bring to light dimensions and extensions of his work less recognized to date.

The hidden points lie within the combination of music with the extra-musical elements that Scriabin combined in his works. Poetic indications, special dynamics and philosophical ideas that he tried to turn into music give the final outcome of his synthetic process. Themes such as myth, ritual, poetry, were only some of those that occupied him to include them in his works such as Prometheus, Vers la Flamme or his Sonatas.

Zoom into the details
A different side to his music sketches of his own perspective on life and Creation
Experience Scriabin’s music through the hidden symbolism of his texts
All aspects of life put so delicately into music through poetic texts on identity, struggle, liberation and text of the ACTE PREALABLE

In his personal notebooks he described all kinds of inspiration and drew designs that could help him in his artistic work. Scriabin’s youngest daughter, Marina, published the composer’s personal notebooks in a book entitled Notes et Reflexions / Carnets Inedits in 1979 in Paris, those notebooks were secretly kept by the composer throughout his life, covered in black cloth.
Scriabin’s distinctive style of music, inspired by the Symbolist movement and by the Theosophical movement, distinguished him as a phenomenon in the history of music, while the composer’s work was regarded as subversive already during his life span. He became famous in Europe and America where his works were played with unprecedented success.

Through the creation of the color wheel and the influence of theosophical texts Scriabin managed to combine music with colors that corresponded to different musical styles and psychical states.

*Scriabin through the eyes of others-testimonials

According to Berdaev, Scriabin was the most miraculous phenomenon of humanity’s creative path.

*Scriabin’s selection of portraits by Sperling

*Scriabin’s legacy
S for Scriabin as a Symbol

Scriabin is a Symbol today, a pianist, composer and operator of multiple influences of his time in his music, who created a new trend and served as a harbinger of the forecoming music era. A self-illuminated artist with inexhaustible zeal for life and creation who obeyed only his personal guiding motif. He dared to oppose to the rules of composition of his time driven by his need to explore the limits of human psychosynthesis.

The performance of Scriabin’s music is considered something daring both for his works for piano and for the latest opus such as Prometheus as they are considered of exceptional difficulty both technically as well as in terms of interpretation.